Ok, so I know you are reading the title and you are thinking, don't you mean breastfeeding and tubal ligation?  Nope.  Here's my story, it's a little weird, but true. (And pretty amazing to me!)

I gave birth to my daughter in December of 2009.  She is my fourth and I had breastfed all of the others with no problem what so ever.  If there was a problem, it was that I had more milk then my babies could possibly handle, and I always had to have pads in my bra.  My husband's running joke was that I wanted to feed not only our baby, but all of the hungry babies in the world.  Sometimes it was uncomfortable, but I liked knowing I could pump out a large bottle on a moments notice.  And I loved that I didn't have to buy formula.  And then the fourth was born by c-section, and I had the tubal done.

The fourth was a hungry little baby.  A natural nurser straight away, she nursed, and nursed, and nursed.  I waited for the milk to come in, and when it did, it was shocking.  There really wasn't hardly any milk to be had.  Here I had this baby attached to my boobs constantly since birth, and there wasn't much milk.  It didn't make any sense.  The baby was checked to make sure she was sucking properly, the lactation consultant gave me the "new mom" breastfeeding speech, and my ob said that sometimes this happens.  Where were my gigantic porn star boobs filled with milk??? What happened??? My baby loved to nurse, but what little bit of milk we could get out of my breasts was not enough to fill her tummy.  I supplemented with herbs to increase milk supply and it helped very little.  But I continued to nurse, but had to follow each feeding with a bottle.  This went on for many months and my husband, ever so patient, continued to buy formula and would make sure our daughter was full with a bottle.   The fact that I couldn't even fill my daughters tummy just added to the depression that I felt over all of the other symptoms of the TL.  Yet, I didn't link it to the TL at first.  I thought maybe it had to do with having the csection, thinking major surgery might put a damper on making milk.  I asked God to just help me continue to have that close bonding time with my daughter even though I wasn't fully feeding her.  I later found information that a medical study proved that milk supply is reduced if a tubal is done after birth.  Just another thing that PTLS took away from me.

Long story short, I became snack food.  Never enough for a feed, but enough for comforting, for holding over until we got home to a bottle.  She didn't particularly love formula.  She didn't gain the same amount of weight that her siblings did.  But she loved to nurse.  I was her pacifier in the middle of the night.  Her comfort when she was sad or tired.  By the time she was 10 months old we were down to just occasionally nursing at night before bed.  She enjoyed just a few moments before being laid in the crib.  But not every night. I assumed that there must have been a few drops of milk to be had or else she would give up nursing entirely.

At this point my tubal reversal was in the works, and my cycle was crazy and couldn't be counted on.  My doc likes to do the reversal on days 7-11 of  the cycle, so in order to plan he put me on monophasic birth control pills (estrogen).   I had told him about the breastfeeding issues when we talked about my PTLS symptoms.  He said that if there was any little bit on milk left it would dry up with the BC pills.  I do think my daughter noticed because she became disappointed when she did occasionally try to nurse.  Even the few drops she got were gone.  I figured that was ok since she was about to hit a year, and it wasn't like I was her food source anyway.

Fast forward to the reversal.  All went great, had the reversal on a friday, and post op appointment the following day, and I was free to make the three hour drive home with my husband.  We got home about 1pm, I curled up in bed, took a pain pill and dozed.  I woke up at 6pm, got myself out of bed, and slowly made my way down the hallway to look for my family.  When I found them my oldest daughter said, "Oh mom, you spilled something on your shirt".  I looked down and my tshirt was soaked in the front.  I reached up and touched my shirt, feeling a little drugged from the pain pills, and I realized that my breasts were hard.  They were engorged.  They were filled with milk in a way that they never had after I had given birth.  I stood there shocked, confused, and in awe.  I looked to my husband and he said, "guess your hormones are working again."  I started to laugh.  If having a tubal didn't disturb your hormones, then why did this happen after getting it reversed? At this point, my tubes had been reversed for only 36 hours!

My husband suggested putting my daughter back to the breast to see if she would nurse, and she went right back to it like no time had lapsed.  For the first time in her life, she was able to fill her tummy with milk from me.  She was now 14 months old.  We spent the next month bonding, nursing, and snuggling in a way that we never did when she was tiny.  I felt so blessed that I was given a chance to experience something so special.  It is now 6 weeks (today!) post op, I feel great, my breasts are still full of milk, and my daughter is still nursing in the morning and at night.  I will wean soon enough, but right now I am enjoying this gift I've been given.

I had to put this up for others to read because after searching on the Internet I couldn't find any instance where a mom had milk come in after a TR.  Granted, I couldn't even find an instance where a mom was looking for a TR while still breastfeeding.  I know my tubes weren't tied long, and I know that my daughter was still nursing occasionally up until a month before my surgery.  But having milk come in bigger and better than after birth, amazed and delighted me.  Others will say it's biology, but I choose to think of it as my own little miracle brought about by a caring doctor and a tubal reversal.
Posted by Michelle at 9:28 AM 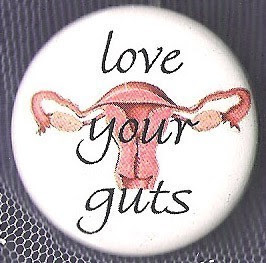 Welcome To My Blog!

I hope to connect with others who have suffered from PTLS and get the word out that tubal ligations are misrepresented as a safe, simple contraceptive method. It is my hope that the collective voices of women's experience of pain and suffering will eventually change the way we see sterilization. All women deserve to give a true informed consent which lists all of the possible complications that can arrive from this procedure. I also want to let women know how great I feel after having a tubal reversal, and how they can go about finding a doctor to do a reversal if they wish to have more children or simply rid themselves of PTLS.